Here’s a look inside the creative process of my “Waiting...” vulture drawing. 1. I began with a rough sketch of my idea. In this case I was inspired after doing some image research on Google. As you can see by the image below, not a lot of time was spent on the rough sketch, just some simple lines and shapes to give general direction and establish composition. 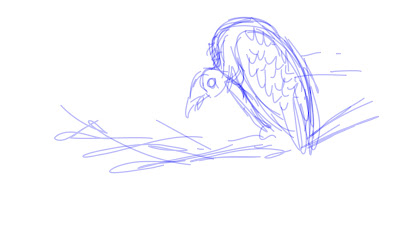 2. Continuing with the rough concept, I filled in what I felt would be an effective background color along with some additional branches. My original vision was to create an image with a darker mood. 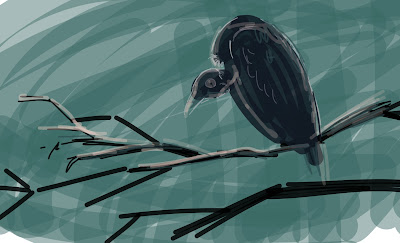 3. The final concept began as a silhouette and one branch. After experimenting with more branches, I quickly realized that a single branch composition was stronger than multiple branches. I added a radial gradient behind the vulture to highlight the silhouette. This led to a stage of experimenting with the background color. Orange was surprisingly nice, as it gave a feeling of being in the hot African sun. 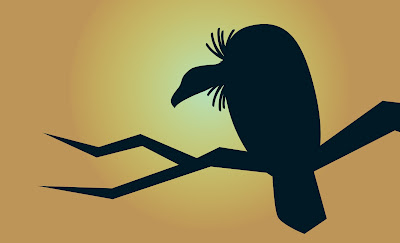 4. Next, to add a few details (feathers and highlights). Not too many though, as the main light source is behind the vulture. 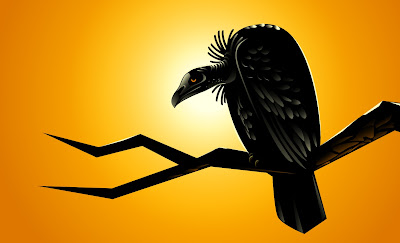 5. The final step was to tweak the background sky color and add some haze overtop of the  entire piece to mute the colors and help give it a “hot and dusty” look and feel.
See graphic below for a simplified breakdown of layers and gradients used in this illustration.
Download original here (to be able to read small text)