iPad can be used to create amazing custom graphics for presentations. The key is to harness the power of two apps: Keynote and Inkpad.

The animation below is a slide that was created using vector artwork components created in Inkpad. These pieces were assembled and animated in Keynote... on an iPad.


Here's a basic breakdown of the process...
1. Vector artwork was created and separated into a series of layers in Inkpad.
2. All layers were locked.
3. Individual graphical elements were then selected by unlocking layers.
4. Selected items are copied and pasted into Keynote.
5. Objects were animated using builds in Keynote. 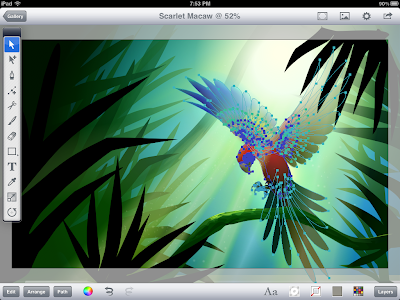 When pasted into Keynote, the vector objects copied from Inkpad are converted to bitmap objects. Here's what makes this process cool... they appear in Keynote as perfectly masked objects with transparent background. Even if the object is semi-transparent, the transparency is retained. See the figure below for an example of this. 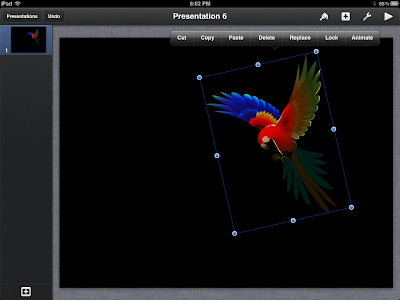 It is very easy to build up layers of graphics. This can be done as individual elements or whole. Since the background elements for this example did not need to animate individually they were copied over as one unit. 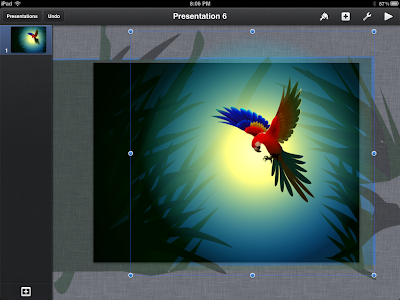 This technique is very powerful and there are many uses for it...but there's one more surprise. Pasting masked objects from Inkpad is not just limited to Keynote. It also works well in Apple's other iWork apps - Pages and Numbers. 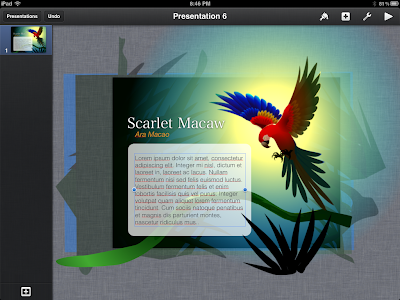